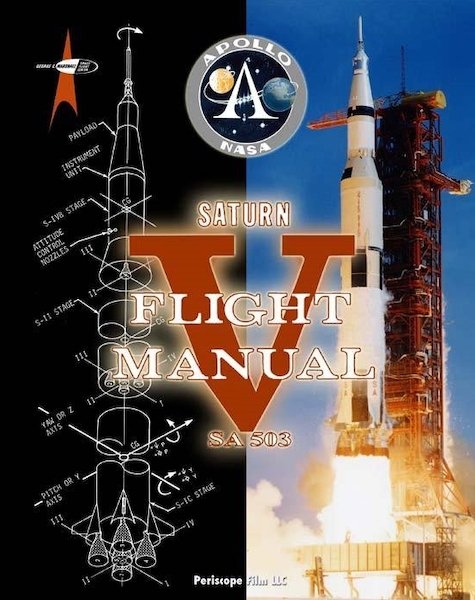 Designed by Wernher von Braun and Arthur Rudolph at NASA's Marshall Space Flight Center, the Saturn V rocket represents the pinnacle of 20th Century technological achievement. The only launch vehicle in history to transport astronauts beyond Low Earth Orbit, the Saturn V delivered 24 men to the moon. To this day it holds records as the tallest (363 feet), heaviest (nearly 7 million
lbs.) and most powerful (over 7.6 million pounds-force of thrust) launch vehicle ever produced. It also remains one of the most reliable, achieving 12 successful launches with one partial failure, the unmanned Apollo 6 which suffered vibration damage on lift-off, resulting in a sub-standard orbit.

The Saturn series of rockets resulted from Von Braun's work on the German V-2 and Jupiter series rockets. The Saturn I, a 2-stage liquid-fueled rocket, flew ten times between 1961 and 1965. A uprated version the 1B carried the first crewed Apollo flight into orbit in 1968. The Saturn V, which first flew in 1967, was a three-stage rocket. The first stage, which burned RP-1 and LOX, consisted of five F-1 engines. The second stage used five J-2 engines which burned LOX and liquid hydrogen (LH2). The third stage, based on the second stage of the Saturn 1B, carried a single J-2. The Saturn V could carry up to 262,000 pounds to Low Earth Orbit and more critically, 100,000 pounds to the Moon.

Created by NASA as a single-source reference as to the characteristics and functions of the Saturn V, this manual was standard issue to the astronauts of the Apollo and Skylab eras. It contains information about the Saturn V system, range safety and instrumentation,monitoring and control, prelaunch events, and pogo oscillations. It provides a fascinating overview of the rocket that made "one giant leap for mankind" possible.