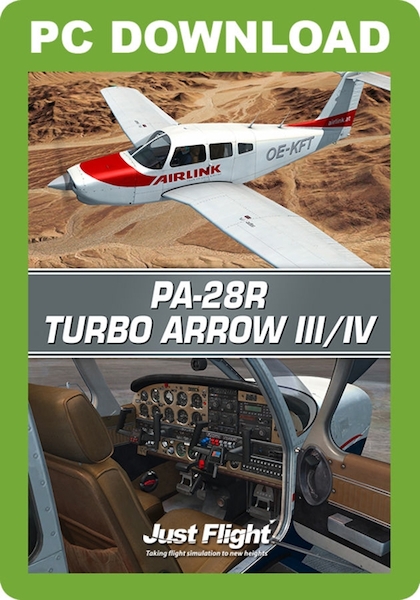 This product was added to our database on Tuesday 1 August 2017.

First available in 1977, the Turbo Arrow III was the first turbocharged variant of the PA-28R Arrow, retaining the conventional tail of the Arrow III and a new cowling which housed the six-cylinder turbocharged engine. The Turbo Arrow IV followed in 1979 and featured the distinctive T-tail which was common amongst other Piper aircraft.

The aircraft are flown all around the world and this add-on reflects that global popularity. The product features ten liveries from the USA, UK, Germany, Australia, Switzerland, Italy and the Czech Republic.

The Turbo Arrow III is supplied in the following five paint schemes:


The Turbo Arrow IV is supplied in the following five paint schemes: