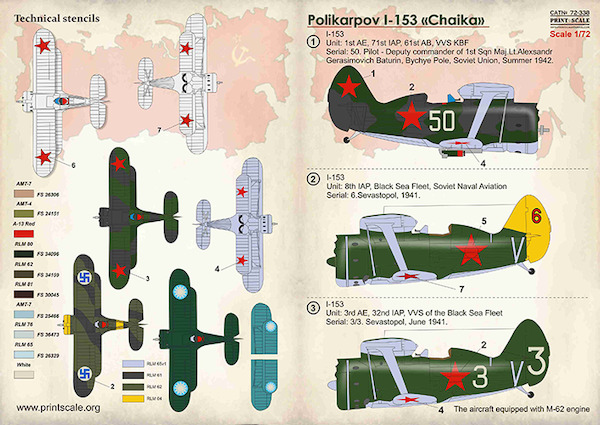 Polikarpov I-153 "Chaika" (USSR,finland, China, Luftwaffe) (Print Scale PRS72-338)
€ 9.05
EU: incl. tax € 10.95
Reduced shipping charge may be applicable depending on country of destination and contents of shopping cart. Will be shown before checkout.Add to cart

This product was added to our database on Monday 15 April 2019.

8. I-153. Serial: 16. I-153 assigned to a fighter regiment based at Minsk, Byelorussia on 22 June 1941. It was destroyed with the others Soviet planes on the ground. Uppersurfaces are green mottle over aluminum, while the undersurfaces are in blue.