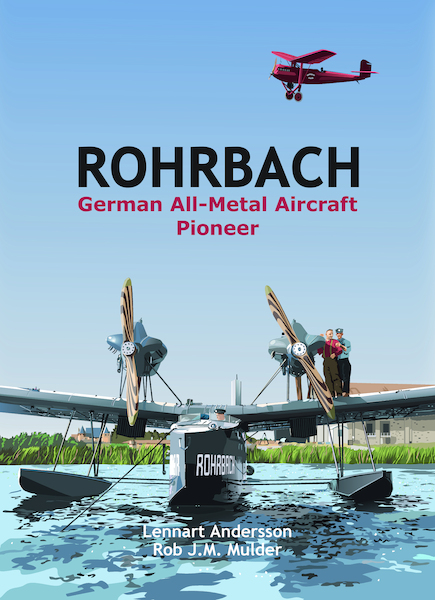 This product was added to our database on Wednesday 9 December 2020.

German aircraft designer Adolf Rohrbach realised before others that the future in aircraft design lay in metal, rather than wood and canvas. His firm quickly grew to become one of the largest aircraft producers in
Germany. His designs were pioneering, and he invented several features that are common in aircraft today, but although Rohrbach aircraft, especially the flying-boats, were successful and set world records, they were commercial failures. On the other hand, the Rohrbach Roland landplane successfully served for many years on one of the most demanding air routes in Europe.

Rohrbach's lifetime ambition in aviation did not really bear fruit and insufficient funds and the Wall Street crash in 1929 contributed to the demise of his company. It continued to exist, but no longer built aircraft that carried the name Rohrbach. The fact that Rohrbach, despite all obstacles and setbacks, managed to stay in the aviation business until his premature death in 1939 is just one of the intriguing circumstances that form part of this story. It is based on extensive research in the archives and contains a unique collection of photos that will bring the reader back in time to a mix of historical fact, technical detail and nostalgia.