Royal Vikings, the Saga of Scandinavian Airlines and its predecessors (European Airlines.no 9788293450092) 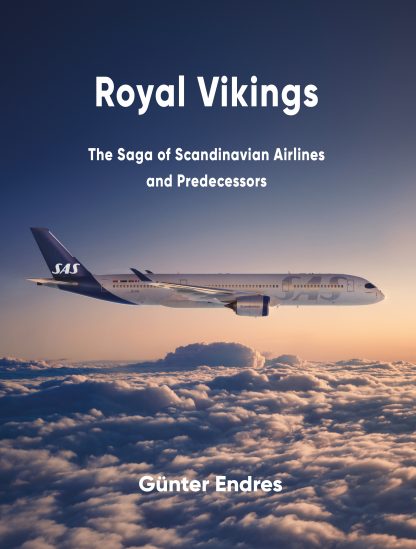 This product was added to our database on Sunday 3 May 2020.

One hundred years ago, a small Danish company, DDL, began a scheduled passenger service from a naval station in Copenhagen. Sweden with ABA, and later DNL in Norway, also developed significant air links with the rest of Europe. The occupation of Denmark and Norway, during the Second World War disrupted services for a time, but soon after peace returned, putting cultural, geographic and economic issues aside, the three airlines combined their resources to establish the world's first cross-border alliance under the name of Scandinavian Airlines System (SAS). It was a great day for Scandinavia. SAS remained true to the pioneering spirit of its ancestors and went on to establish a global network, ready for the next century. The professional aviation journalist Günter Endres has made a beautiful book in full color about the history of the airline. It is highly recommended.