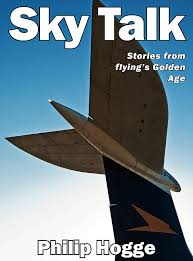 If you have ever wondered how it felt to be in the cockpit of a BOAC passenger jet in the mid to late 20th century, then Philip Hogge's fact-based stories will take you there with all the colour, detail and human drama that you could wish for. Let one of Britain's most senior airline captains tell you what it was really like to fly for an iconic British airline in the final years of flying's Golden Age. Meet the pilots, engineers, stewards, stewardesses and endless characters of Philip's long career. In the author's words: "This collection of short stories comes from my abiding love of aviation. It all began when, aged eight or nine, I discovered aeroplanes. A light aircraft, an Auster I think, made a forced landing in a field near where we lived in Devon – that must have been somewhere around 1950. I was enthralled. Like so many pilots, I started by building model aircraft made of balsa and tissue paper, powered by elastic bands and small diesel engines. This was followed by a gliding course with the Air Cadets in 1958 and an RAF Flying Scholarship while still at school. During one rapturous summer holiday in 1959, Yvonne Pope taught me to fly a Tiger Moth and I gained my Private Pilot's Licence. "Airline flying in the 1960s was not as it is now. There was still an element of glamour, adventure and excitement. I was lucky enough to start with BOAC on the Britannia 312, seeing the last of the propeller operations across the North Atlantic. In 1964, I converted to the VC10 and from there progressed (or was it regressed?) to the Boeing 707 and finally to the mighty 747."