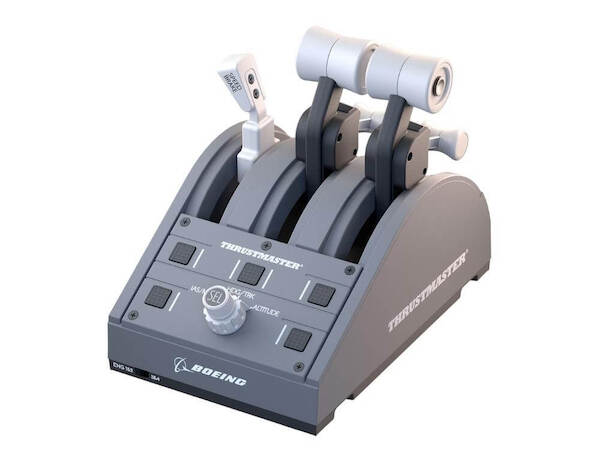 Oversize shipping surcharge is applicable depending on country of destination. Will be shown before checkout.Add to cart

This product was added to our database on Tuesday 25 January 2022.

TCA Quadrant Boeing Edition is an aviation system officially licensed by both Boeing and Xbox, for Xbox One and Xbox Series X|S. It is also compatible with PC.

TCA Boeing Edition, Thrustmaster's new flagship civil aviation range, is a line of products allowing for cutting-edge new features with a highly-specific goal in mind: replicating the different controls, flight kinematics and sensations experienced by real Boeing pilots at the controls of a Boeing airliner.