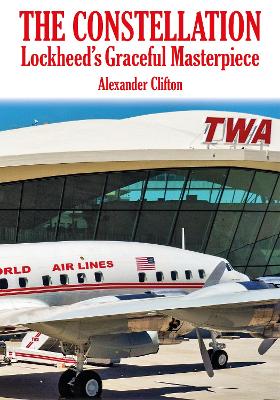 My own love affair with the 'Connie' began more than fifty years ago on a cold morning at Frankfurt Airport. In the mid-1960s I was travelling to Africa with my family aboard a sparkling new VC10 of BOAC. In those days, BOAC flights often called at Frankfurt, Rome or Zürich to pick up onward passengers. A bus took us to the transit lounge while our aircraft was being refuelled, and we drove past a Super Constellation of Condor Flugdienst, the holiday charter arm of Lufthansa. At the exact moment we passed, one of her huge radial engines came to life with a billow of smoke and flame, closely followed by another. In my mind's eye, I can still see her pale blue and yellow livery turning opaque in the smoke that enveloped our bus, along with the faces of curious passengers behind her windows. I also remember the smell of high-octane fuel and the muffled roar of her engines as they fired up. I knew that these magnificent aircraft would soon be made obsolete by the new jets then coming into service, and I felt a pang of regret.

Decades later, on a business trip to Karachi, I stayed overnight at what is now called the Airport Hotel but had been, until 1973, the Speedbird Rest House. Built by BOAC in 1955, it originally provided somewhat austere accommodation for BOAC and Qantas crews. While taking a stroll around the vicinity, I saw the unmistakable profile of a Connie. Parked on a strip of grass not far from the airport perimeter, was the remains of a Pakistan International Airlines Super Constellation. Her PIA titles were faded, but still visible, her windows had been crazed by the sun and many removable parts had been plundered from her, but she still managed to look majestic. There were steps up to her open forward door and I mounted them — it was the first time I had ever been onboard a Connie. Most of her seats and original cabin interior had survived and, for a few moments, I could imagine what it must have been like to fly on her. The pang for this aeroplane that I had felt as a child in Frankfurt returned. It has never left me, I feel it still, all these years later.