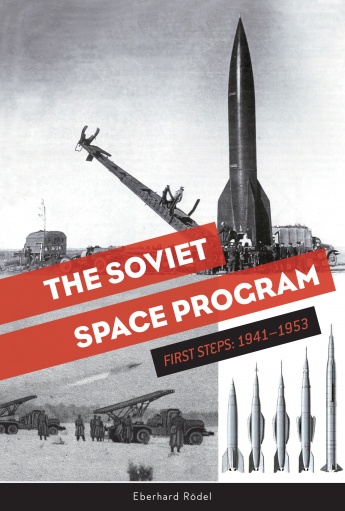 This product was added to our database on Saturday 15 December 2018.

This concise history is the first book in a new series on the Soviet space program, and features many rare photographs, diagrams, and charts. When Soviet rocket experts examined the first Nazi V-2s in early 1945, they immediately realized that their own technology was years behind what the Germans had developed. The dropping of the two American atomic bombs on Hiroshima and Nagasaki in August 1945 made the path forward clear: the development of a Soviet atomic bomb, and a suitable missile to carry it. This story begins with the Soviet's pre- and early war developments in rocket technology, then covers the discovery and study of the V-2s at Peenem■nde, Germany. The Soviets assembled remaining V-2 rockets from existing parts and their mode of operation was studied. Developments in the Soviet R and G series missiles in the early 1950s are discussed in detail, as is the development for the peaceful use of Soviet rocket technology in space.