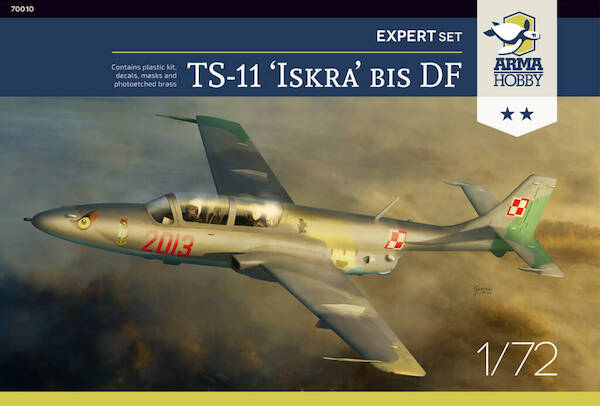 The TS-11 Iskra jet plane was constructed by Tadeusz So?tyk and produced at WSK "PZL Mielec" factory in 1964-87. It was designed to provide the Polish People's Army Aviation with an inexpensive and safe training platform for jet pilots. In the 1970s, the TS-11 Iskra bis D training-assault version and the TS-11 Iskra bis DF training-reconnaissance version were introduced into production. In 1975, 50 TS-11 Iskra bis D aircraft were sold to India, where they proved themselves in service at the Air Force Academy in Hakimpet, near Hyderabad. TS-11 bis D / DF planes have served in Polish Aviation for more than five decades, training pilots of combat jet aircraft. They were withdrawn from service in December 2020.

The TS-11 Iskra bis D / DF aircraft were armed with a 23 mm cannon and four underwing pylons 100 kg for bombs or pods with MARS-4 unguided missiles.