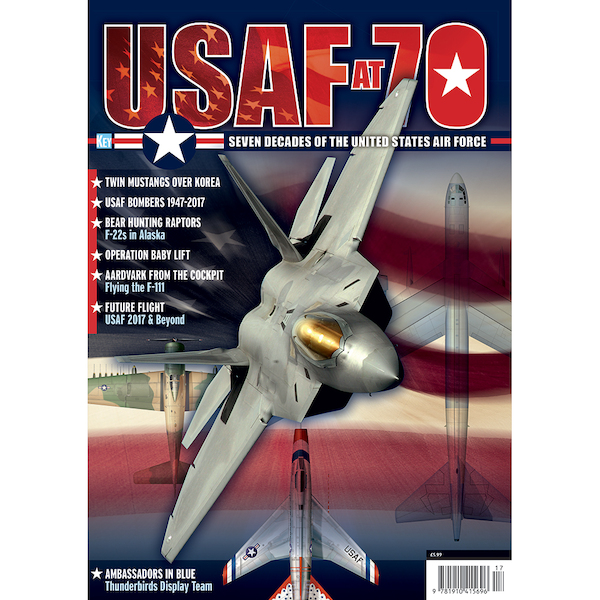 This product was added to our database on Thursday 8 july 2021.

Since it was formed in 1947 the United States Air Force has been involved in a myriad of missions and achieved many notable firsts.

USAF at 70 - Seven Decades of the United States Air Force is a 100-page special publication marking the seventieth anniversary of one of the world's foremost air arms. Features include:

Operation Baby Lift - One of the USAF's most famous humanitarian missions saw more than 10,000 babies and infants evacuated from Vietnam in a matter of days

Thunderbirds - The USAF's display team has flown a variety of jet fighters and trainers.  Steve Bridgewater looks at the history of one of the world's best loved formation teams.

Flying the Aardvark - We learn what it was it like to fly the swing-wing, supersonic attack bomber from British bases during the height of the Cold War

PLUS - American Air Museum in Britain,  the USAF's Heavy Lifters, Electronic Warfare in Europe, Special Ops, the history of the USAF Bomber, Operation Eagle Claw and much more.

Boeing B-47 Stratojet & B-52 Stratofortress - Origins and Evolution