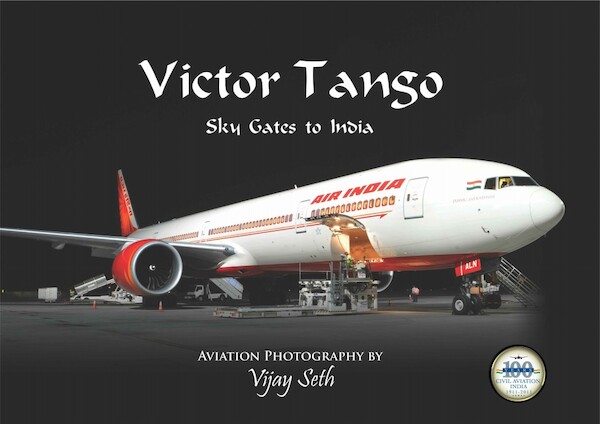 This product was added to our database on Saturday 19 June 2021.

Product description
Air India started operations in 1932, as Tata Airlines, it became Air India International in 1948, with the Government of India having a stake in the company. In 1953 Indian Airlines Corporation was formed with the merger of all the private airlines. By 2007 Indian Airlines was merged with Air India and it is now known as Air India Limited. Today Air India operated with a total fleet of over 130 aircraft. Early 1990's saw the entry of private airlines after the de-regulation of the civil aviation sector. Private airlines were given permission to operate charter and non-scheduled services under the Air Taxi Scheme. In 1994, following the repeal of the Air Corporation Act private airlines were permitted to operate scheduled services. A number of private players like Jet Airways, Air Sahara, Modiluft, Damania, Airways, NEPC Airlines and East West Airlines commenced domestic scheduled operations. In 2012 only Jet Airways survived of the first batch of airlines, after getting the status of a scheduled service in 1995. Air Deccan ushered in an all new concept of the Low Cost Carrier service in the country when it started operations with the Airbus A320 in 2003 Air India Express followed, starting its operations with the Boeing 737-800 aircraft on 29 April 2005. Spice jet, a Chennai based low cost airlines started operations with the Boeing? 737-800 in May 2005. Kingfisher airlines started operations in 2005. Go air, a Mumbai based low fare airlines started operations in November 2005 with the Airbus A320 aircraft. Indigo one of the largest low cost carrier today started operation from Delhi in August 2006. In April 2007 Air Sahara was re-branded as Jet Lite operating the Boeing 737-700 aircraft. Today Jet Airways operated with a total fleet of 101 aircraft. The civil aviation sector in India today has over 1500 aircraft both in scheduled and nonscheduled sector. They carried over 440 lakh passengers on the domestic sector.