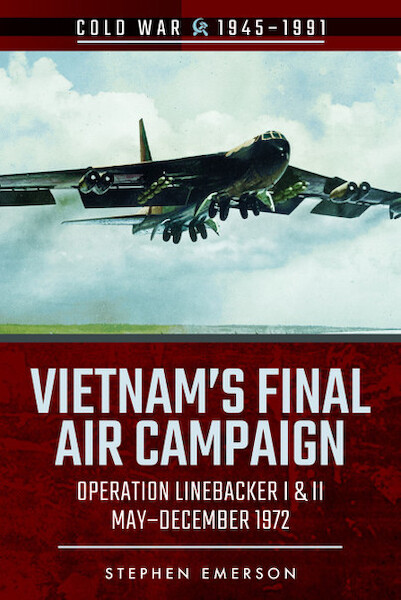 On March 30, 1972 some 30,000 North Vietnamese troops along with tanks and heavy artillery surged across the demilitarized zone into South Vietnam in the opening round of Hanoi's Easter Offensive. By early May South Vietnamese forces were on the ropes and faltering. Without the support of U.S. combat troops – who were in their final stage of withdrawing from the country – the Saigon government was in danger of total collapse and with it any American hope of a negotiated settlement to the war. In response, President Richard Nixon called for an aggressive, sustained bombardment of North Vietnam. Code-named Operation Linebacker I, the interdiction effort sought to stem the flow of men and material southward, as well as sever all outside supply lines in the first new bombing of the North Vietnamese heartland in nearly four years. To meet the American air armada, North Vietnamese MiG fighters took to the skies and surface-to-missiles and anti-aircraft fire filled the air from May to October over Hanoi and Haiphong. With the failure of its Easter Offensive to achieve military victory, Hanoi reluctantly returned to the negotiating table in Paris. However, as the peace talks teetered on the edge of collapse in mid-December 1972, Nixon played his trump card: Operation Linebacker II. The resulting twelve-day Christmas bombing campaign from 18–30 December unleashed the full wrath of American air power. More than 2,200 attack sorties, including 724 B-52 sorties alone, were flown by Air Force and Navy aircraft delivering 15,287 tons of bombs that laid waste to the North Vietnamese capital. Railyards, military storage depots, power stations, and bridges, as well as radar and communication sites, airfields, and anti-aircraft defences were pummelled day and night. Linebacker II would prove to be decisive: a ceasefire agreement was signed on 23 January 1973.