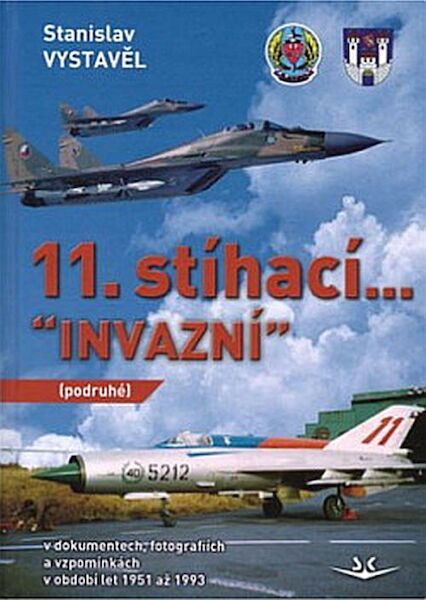 This product was added to our database on Wednesday 13 february 2019.

A book with the same name of the 11th Fighter ... "INVAZNI" was published in the World of Wings Publishing in autumn 2006 on the occasion of the 55th anniversary of the creation of the "eleven".
This edition was named 11. Fighter ... "INVAZNÍ" (the second time) was issued on the occasion of the 25th anniversary of the announcement of the order to cancel not only this regiment, but also its security 11. air base. This meant the end of the existence of the Air Force in Žatec, and consequently the clearing of the airport from the map and from the surface of the country by transforming more than 300 hectares of the area into the TRIANGLE industrial zone.

Unfortunately in Czech but it inlcudes more that 400 pictures of planes and people. active in the 11th Fighter group at Zatec

Forgószárnyalás - Rotary Wing Flying , The Choppers must be in the Air