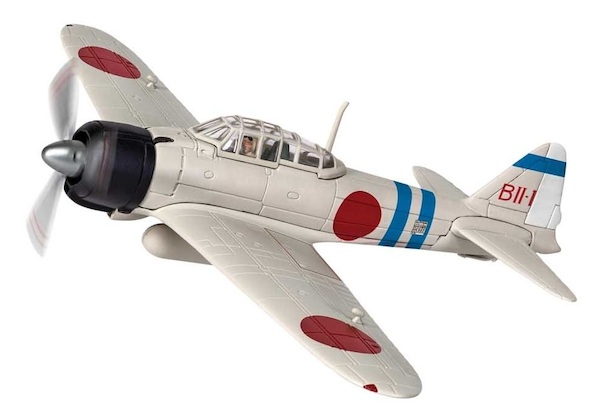 Even before the first attack wave had hit military facilities on the Hawaiian Island of Oahu at the commencement of the Pearl Harbor raid, the second of three planned attack waves were already taking off from their home carriers, which were steaming through the Pacific Ocean. Still unaware of what opposition they would be facing, this second attack wave consisted of 35 Mitsubishi Zero fighters, 78 Aichi Val dive bombers and 54 Nakajima Kate bombers, some equipped with torpedoes. The primary mission of the Zero fighters was to protect the strike aircraft from potential US fighter attack, but if opposition proved to be light, their secondary task was to strafe the airfields on the Island, destroying as many US aircraft as they could on the ground.

Additional Zeros were retained to perform combat air patrols, protecting the naval task force from possible attack. Although the pilot of this particular Zero is unknown, it is thought that this fighter was the first aircraft to take off from the second attack wave on the morning of 7th December 1941 and is unusual because the last numbers of its tail markings cannot be seen, as it appears to have recently  required the replacement of its rudder. It carries the two blue stripes which identify this as a fighter from the Imperial Japanese Navy carrier Hiryu, part of the Second Carrier Division.