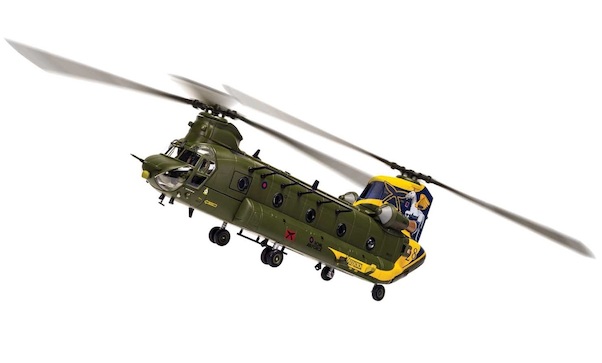 For all operational Royal Air Force squadrons, the occasion of their centenary commemoration is something to be rightly celebrated and it is often the case that the opportunity is taken to adorn one of their aircraft with special markings, to the absolute delight of the country's army of aviation enthusiasts. The 18 month period up until September 2016 saw no fewer than three RAF squadrons, who were at that time operating the mighty Boeing Chinook helicopter, marking this significant service milestone and with the shape of this large twin rotor helicopter offering the opportunity to do something very special with regard to commemorative scheme application, the scene was set for a unique official photoshoot event.

Gathering at RAF Benson on Wednesday 14th September 2016, this unusual sortie was the culmination of many months of planning and would see all three of the beautifully presented centenary Chinooks flying close together during a formation exercise, a sortie which yielded some truly iconic images. Taking in such waypoints as the famous Needles lighthouse on the Isle of Wight, the Army Flying Museum at Middle Wallop and the Salisbury Plain Training Area, anyone fortunate enough to see this centenary trio along the way would have been in for a real treat. For most of us though, we had to be satisfied with admiring the beautiful images circulated following this event, particularly as all three aircraft would quickly have to give up their attractive markings, for operational reasons.