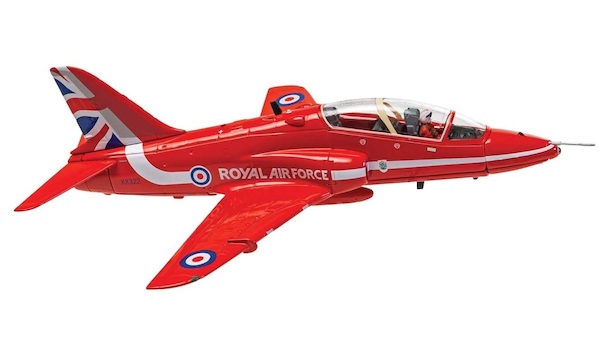 North American Tour, August - October 2019 It is difficult to imagine seeing a more famous aircraft in British skies than the one flown by the leader of the Royal Air Force Aerobatic Team, the Red Arrows. During his final year leading the team, Squadron Leader Martin Pert flew British Aerospace Hawk T.1A XX322 for what he hoped would have been another successful year for the world's premier aerobatic display team, however, as we all now know, 2020 turned out to be a very different year for the team. Despite this, his time with the Red Arrows will be remembered as being an extremely successful period, leading the team throughout the centenary year of the Royal Air Force in 2018 and also during their spectacular tour of North America Tour in 2019, the team's largest ever visit to Canada and the United States.

During both of these significant events, Sqn Ldr Pert's BAe Hawk T.1A XX322 carried the names of over 6000 people on its tail, the culmination of the RAF Museum's successful 'Names on a Plane' campaign, which ran throughout 2017.