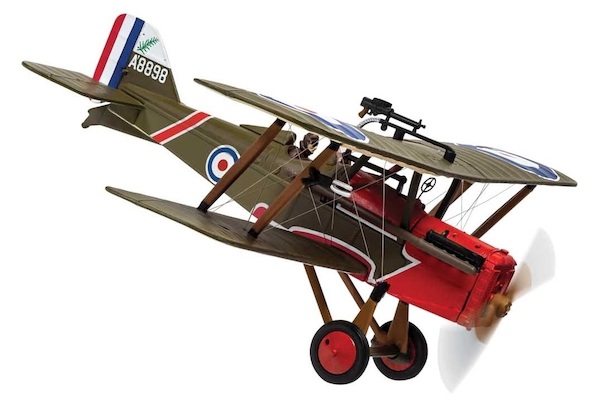 SE5a A8898, the personal aircraft of Captain Albert Ball VC, No.56 Squadron Royal Flying Corps, Vert Galant Aerodrome, Amiens, France, 5th May 1917 - Final victory in an SE5a At a time when Britain was suffering horrendous losses on the Western Front and the nation was in desperate need of a hero, they found what they needed in a handsome young fighter pilot from Nottingham named Albert Ball. Fiercely patriotic and desperate to do his duty, Ball had displayed both bravery and real flying skill in amassing an impressive victory tally in a relatively short period of combat and by September 1916, he had at least 31 victories to his name, making him Britain's most successful flying ace. The majority of his victories were scored whilst flying the nimble Nieuport Scout and when he was forced to exchange this for the new, but heavier Royal Aircraft Factory SE5 on joining the elite No.56 Squadron RFC, he was initially less than impressed.

He soon came to appreciate the rugged and heavily armed new fighter, as it was more than a match for the latest German Albatros D.IIIs he was now facing in combat. During a period of combat inactivity due to bad weather, 56 Squadron ground crews painted several of their SE5 fighters in flamboyant schemes, reportedly in response to the colourful German aircraft which were opposing their pilots. This unusual embellishment would prove to be relatively short lived, as higher authority took a dim view of the practice and ordered the markings removed immediately.