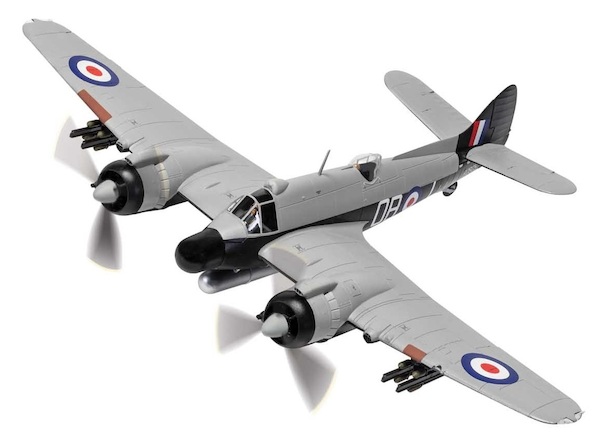 'Operation Firedog', Kuala Lumpur, Malaya, Late May/Early December, 1949 By the end of the Second World War, the Royal Air Force saw little need to retain the large number of Bristol Beaufighter squadrons it currently had in service, so most units were simply disbanded, a couple were retained for home duties, with the remainder prepared for deployment to the Far East. One notable exception to this rule were RAF No.45 Squadron, who replaced their wartime Mosquitoes with the Beaufighter TF.X fighter bomber, before moving out to operate from a new base in Ceylon. In August 1948, the squadron moved to Kuala Lumpur in response to the Malayan Emergency, where it would take part in the combined Commonwealth actions to quell the guerrilla activities of the Communist backed Malayan National Liberation Army.

Using the legendary range and hard hitting attributes of this capable heavy fighter, the unit's Beaufighters would loiter over the jungle, waiting to unleash a withering barrage of rocket and cannon fire on enemy positions, once given targeting instructions from Commonwealth troops patrolling in the vicinity. These ageing WWII warhorses were replaced by the new Bristol Brigand ground attack aircraft by the end of 1949, leaving the situation in Malaya to rumble on for a further ten years and with RAF support very much moving into the jet age during that time.