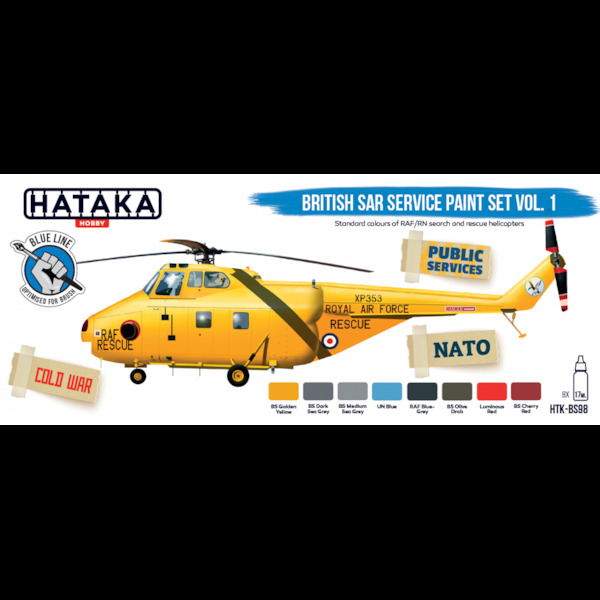 The set contains the following acrylic paints, optimised for use with brush: