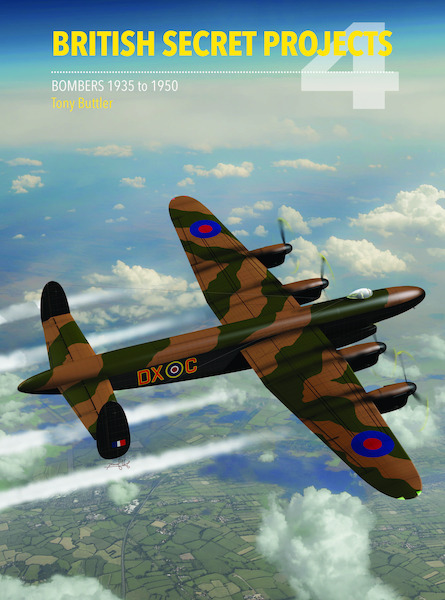 This product was added to our database on Thursday 13 August 2020.

This book completes the process of revising Tony Buttler's successful British Secret Projects titles, which have described the design and development of the UK's military aircraft since the mid-1930s. The original single volume has now been split into two separate titles; the already published British Secret Projects 3 Fighters 1935-1950 and this new book examining the design and development of the British bomber from roughly the introduction of monoplane designs through to the start of the jet era. This split has allowed space for the inclusion of much new information and many additional photographs.

Concentrating on designs that were never built, the projects and programmes explored here start with designs that were prepared in the knowledge that war was approaching and go right through to the last generation of British piston-engined bombers that appeared after the war had ended. As well as the 'heavies', this book also includes medium and light bombers, torpedo bombers for the Navy and anti-submarine types including flying boats.

The book includes many three-view drawings plus numerous photographs of models or original artist's impressions to show how these unbuilt designs would have appeared, all ideal reference material for modellers in particular. The text includes full data available on the various types while additional appendices summarise the projects and their covering contracts and specifications