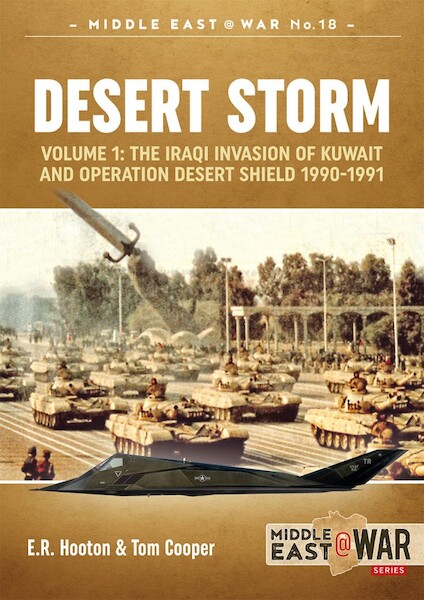 Early in the morning of 2 August 1990, aircraft of the Iraqi Air Force bombed Kuwaiti air bases, and then the Iraqi Republican Guards stormed into the country. Thus began what would be called the 'Gulf War' – also the 'II Gulf War', and sometimes the 'II Persian Gulf War' – fought between January and March 1991.

Although encountering some problems, the Iraqi forces occupied Kuwait in a matter of few days. However, when President Saddam Hussein of Iraq unleashed his military upon Kuwait, little did he know what kind of reaction he would provoke from the Western superpowers, and what kind of devastation his country would suffer in return.

Concerned about the possibility of Iraq continuing its advance into Saudi Arabia, the USA – in coordination with Great Britain, France, and several local allies – reacted by deploying large contingents of their air-, land- and naval forces to the Middle East.

Months of fruitless negotiations and the continuous military build-up – Operation Desert Shield – followed, as tensions continued to increase. Determined to retain Kuwait, and despite multiple warnings from his own generals, Saddam Hussein rejected all demands to withdraw. The USA and its allies, 'the Coalition', were as determined to drive out the invader and restore Kuwaiti independence. Gradually, they agreed this would have to be by force.

Following an authorisation from the United Nations, the Coalition launched the Operation Desert Storm, on 17 January 1991, opening one of the most intensive air campaigns in history. The last conventional war of the 20th Century saw the large, but essentially traditional, Iraqi Army overwhelmed by forces trained and equipped to exploit the latest technologies.

Desert Storm reveals the whole war fought between Iraq and an international coalition, from the start of this campaign to its very end. Largely based on data released from official archives, spiced with numerous interviews, and illustrated with over 100 photographs, 18 colour profiles and maps, it offers a refreshing insight into this unique conflict.