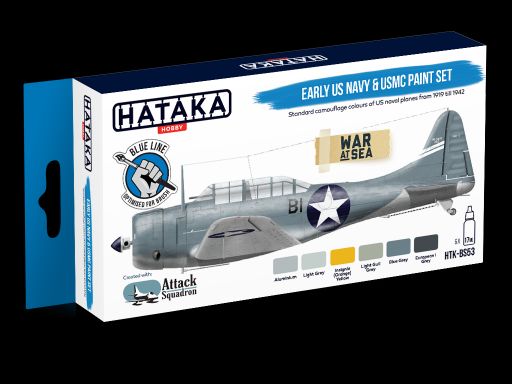 This product was added to our database on Thursday 27 july 2017.

After end of WW1 US naval aviation (both US Navy and US Marines) adopted a standard aircraft camouflage of overall Aluminium Dope, initially supplemented by Naval Aircraft Grey on all metal parts (ruled out in mid-1930, when aluminium paint provided enough anticorrosion protection). Orange Yellow was used as high-viz feature on upper wing surface. In 1941 a new scheme was implemented of overall NS Light Grey. It remained in use only for 10 months, replaced by final pre-WW2 scheme of NS Sea Grey / Blue Grey over NS Light Grey.