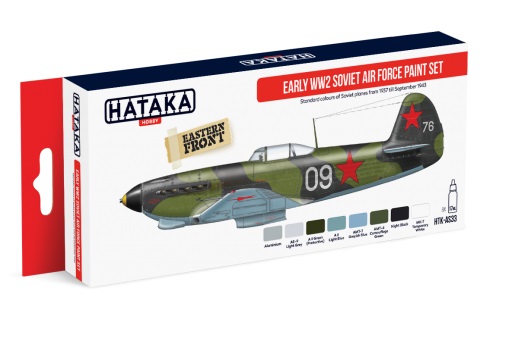 From 1937 Soviet planes wore either overall Aluminium or AE-9 Light Grey coat (depending on type of material), eventually A II Green over Aluminium / Light Grey camouflage scheme. From June 1940 all combat planes started to conform to green (A II Green or A-19f for metal planes) over light blue (A II Light Blue or A-18f) scheme. Then in June 1941 re-painting of all planes was ordered to a standard comprising of AMT-4 / AMT-6 (or their oil equivalents of A-24m / A-26m) over matt greyish blue (presumably AMT-7 for mixed construction planes and A-28m for all-metal ones).