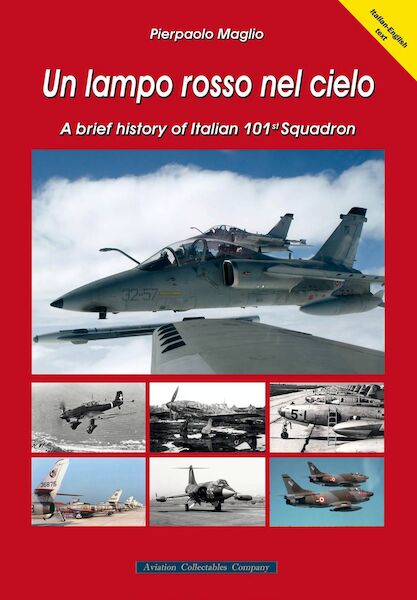 This product was added to our database on Thursday 10 March 2022.

The 101st Group was one of the most famous units of Italian Royal Air Force and later of the Air Force. It was established in Lonate Pozzolo on February 3, 1941, it was equipped with Ju-87B Stuka dive bombers. The Group was hard and long engaged in combat, in Albania, on Malta, in North Africa. Due to the losses and known deficiencies of our industrial apparatus, which was never able to supply modern airplanes in large quantities, the Group was re-equipped with the CR.42, Reggiane 2002, 2001 and Macchi 202 to the end of hostilities. After the war, the 101st Group received the Spitfires to then move on the American-supplied F-47 Thunderbolt. The era of jet saw the Group flying  F-84Gs and F-84Fs. In 1964 the Starfighters arrived and were then replaced once again with the F-84Fs, on the occasion the 101st Group was moved to Cervia, the base from which it operated for several decades. This Sq. was the last to already use G.91Y. After a pause of a few months,  the 101st Group was reborn as an OCU (Operational Conversion Unit) group in Amendola, this time the aircraft supplied were the AMXs. The role of the operational conversion Unit  was maintained until its dissolution on November 3, 2016. An important story, full of action, deployments, rebirths, a story perfectly told by the author, Pierpaolo Maglio, in a book that you won't be able to stop reading!

3 reproductions of coats of arms