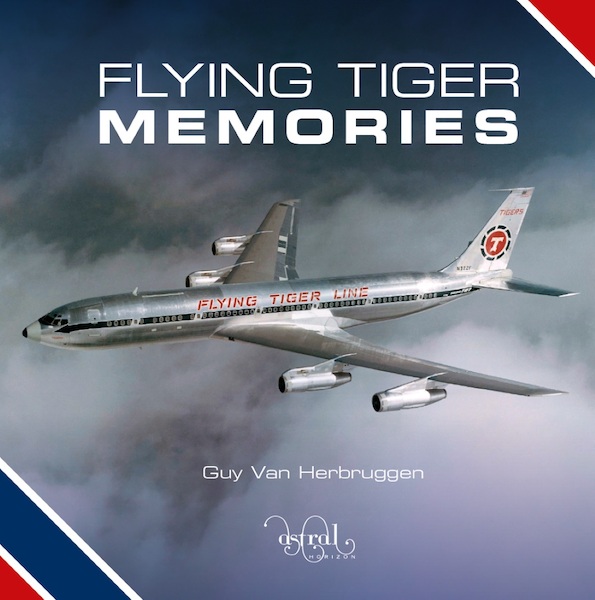 This product was added to our database on Thursday 2 May 2019.

Flying Tiger Memories tells the story of one of the world's most legendary airlines, through the eyewitness stories and memories of its employees, pilots, flight attendants, mechanics and friends.

From a group of American pilots fighting in China during World War 2, the Flying Tiger Line is born, the airline who can do anything, through the golden piston prop days of Commandos and Connies to the Jet Age with the Boeing 707, Douglas DC-8, Boeing 747 Jumbo, all the way up to the 1989 billion-dollar merger that made FedEx a global brand.

Daring tales of bravery, incredible stories of survival, and a lot of laughs along the way; Flying Tiger Memories is a collaboration between aviation historian Guy Van Herbruggen and author Charles Kennedy. It is an essential companion to the DC-8 & The Flying Tiger Line and Tiger 747 books. A lavish gift for fans of aviation, airlines, history, war stories, adventures, and travel.

Guy Van Herbruggen is an aviation archivist and researcher. Guy Van Herbruggen began a lifelong love of aviation when at the age of six he flew on a Sabena SE-210 Caravelle from Brussels to Tunis with his parents. Guy started flying gliders at the age of fourteen and earned his FAA Professional Pilot IFR Multiengine licence in 1991 followed by a flight engineer certificate with a Boeing 727 typerating. Today Guy is an engineering manager at Fedex Express. He resides in Ottignies, Belgium, with his wife France and their twin children, where he has restored Sabena s first Boeing 707 simulator, build by Curtiss-Wright in 1959. He is also an occasional contributor to Aviation News and Propliner magazines.