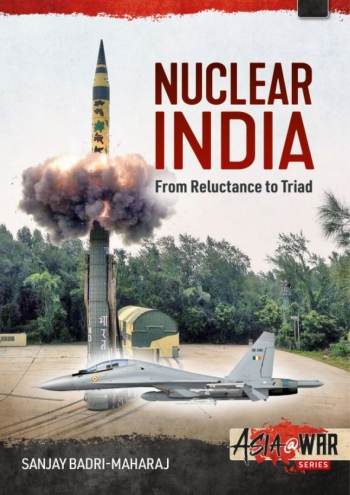 Since the 1998 nuclear tests and the publication of India's Nuclear Doctrine, India has continued to face endemic security challenges from both China and Pakistan. The latter, through the apparent induction of tactical nuclear weapons into the equation and a rapid expansion of its fissile material production capacity has introduced an additional complication into Indian security calculations while China has become increasingly assertive and intransigent in its conduct towards its neighbours, India included.

In light of an evolving challenge, India's nuclear strategy, predicated on a credible minimum deterrence threshold needs to be looked at in light of the prospect of lowered nuclear thresholds in the case of Pakistan as well as potential coercive nuclear posturing from China. In neither case can nuclear strategy be divorced from conventional military strategy as any operation – offensive or defensive – will now have to be carried out with the potential of nuclear escalation in mind.

Nuclear India details the evolution of India's nuclear journey, from the 1960s to the present day, the historical events leading to the 1974 nuclear test, the reluctant nuclearization that occurred thereafter and the first phases of an operational nuclear deterrent in the late 1980s.

By detailing the weapons and delivery systems developed, this book evaluates India's deterrent posture as it exists at present and its current evolutionary path. The speculated shape, size and composition of India's current deterrent is examined, including a detailed discussion of India's Ballistic missile programs, its air launched and ground based cruise missiles and its growing SSBN/SLBM capability.

In addition, Nuclear India includes details of ballistic missile defences as well as the practicality of enhanced preparedness against decapitating or paralyzing EMP strikes and unconventional nuclear threats.