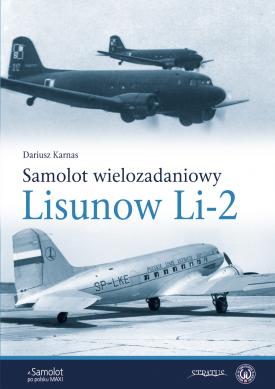 In 1938, the USSR purchased a license to produce the Douglas DC-3 communication aircraft. Its design, however, did not fully meet the users' requirements. For this reason, the constructor Borys Pavlovich Lisunov adapted the structure to the requirements and production possibilities in the USSR.

The plane was designated PS-84 and at the end of 1939 its production was launched at the Aviation Works No. 84 in Khimki. In early 1941, the designation of the aircraft was changed to Li-2.

The book presents the history of the use of Li-2 aircraft in military and civil aviation.

Over 300 historical photos and contemporary details. Additionally, drawings from the technical manuals of the aircraft.

25 colour profiles prepared especially for this book, showing the plane in the colours of the Military Aviation and LOT Polish Airlines.

Additionally, there are 1/72 scale plans available in the Scale Plans series