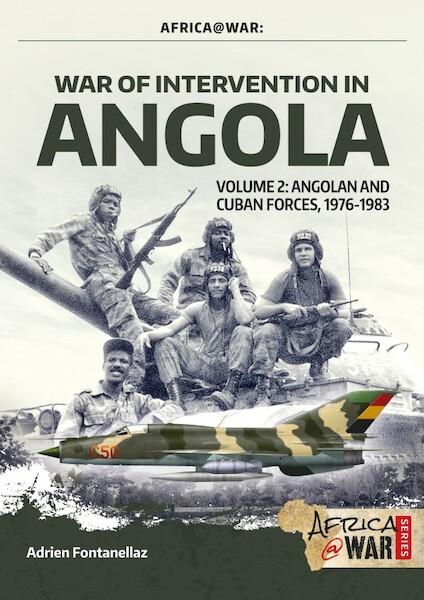 As of mid-1976, the civil war in Angola was seemingly decided: supported by a large contingent of Cuban forces, the MPLA established itself in power in Luanda. Its native competitors, the US-French-Zaire-supported FNLA, and UNITA, supported by China and South Africa, were in tatters. The French and Zaire-supported FLEC – an armed movement for the independence of the oil-rich Cabinda enclave – was in disarray. The last few of their surviving units were either driven out of the country, or forced into hiding in isolated corners of northern and south-eastern Angola. Nevertheless, the war went on. The MPLA's government failed to decisively defeat UNITA, in southern Angola, and then found itself facing a coup attempt from within in May 1977. Crushed in blood, this resulted in thousands being jailed and tortured: many more escaped abroad, where they reinforced the ranks of the battered opposition. The coup prompted the Soviets to attempt increasing their influence with the aim of establishing permanent military bases in the country. While all such overtures were turned down, Angolan operations along the border to what was then the South-West Africa (subsequently Namibia) in October 1980, combined with the increased activity of SWAPO – an insurgency against the South African control of that territory - subsequently Namibia – prompted South Africa to launch another military intervention and resume supporting UNITA. In turn, this prompted not only the Cubans to further increase their military presence, but also the Soviet Union into delivering massive amounts of military aid to the government in Luanda. Angola not only assumed the role of one of the major hot battlefields in the Cold War: its 'civil war' saw a number of major showdowns between diverse belligerents, culminating in the Battle of Cangamba in 1983. Based on extensive research, with help of Angolan and Cuban sources, the 'War of Intervention in Angola, Volume 2', traces the military build-up of the Cuban and Soviet-supported Angolan military, the FAPLA and its combat operations, and those of the Cuban military in Angola, in the period 1976-1983, their capabilities and intentions, and their battlefield performances. The volume is illustrated with over 100 rare photographs, half a dozen maps and 18 colour profiles.