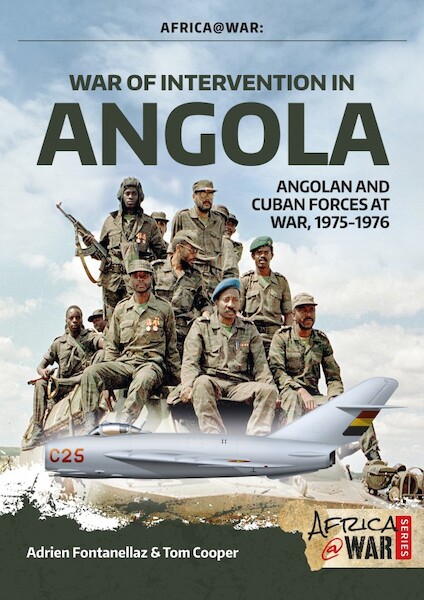 As of 1975, the decades long insurgency in Angola appeared to be short of its conclusion. However, with no less than three major insurgent movements fighting for supremacy, the war went on and then South Africa, USA, the Soviet Union, Zaire and Cuba became involved.

Affairs like the CIA's efforts to destabilise Angola for little else but to recoup its prestige after the catastrophic defeat in South Vietnam, or the South African military intervention in Angola ? Operation Savannah ? have attracted lots of public attention and are relatively well covered in related publications. On the contrary, the final stages of the Portuguese withdrawal, the military build-up of three native insurgent forces, and then the onset of the Cuban military intervention in Angola ? Operation Carlotta run in 1975 and 1976 ? remain largely unknown.

Based on extensive research with help of Angolan and Cuban sources, the War of Intervention in Angola is providing a unique insight precisely into the latter topic. It traces the failures of the US-supported FNLA, the growth and reorganization of the MPLA into a conventional army; deployment of Cuban military contingents, their capabilities and intentions; and the performance and experiences of the MPLA and Cuban forces at war with South Africans and the third Angolan insurgent group ? UNITA.

The volume is illustrated with over 100 rare photographs, a dozen of maps and 15 colour profiles.