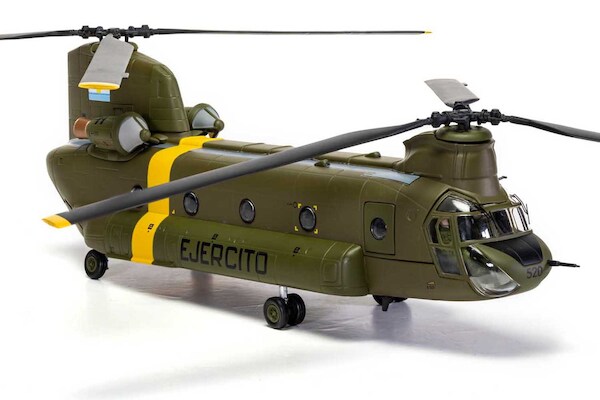 This product was added to our database on Thursday 7 july 2022.

When an Argentinean scrap metal salvage team landed at a derelict whaling station on South Georgia in March 1982 and immediately ran up an Argentinean flag, little did they know that this relatively innocuous incident would spark one of the most serious international military confrontations of the postwar years.

A small British military force aboard HMS Endurance was dispatched from Port Stanley to remove the Argentinians, a move which would escalate the situation dramatically. On receipt of this information, the new political regime in Buenos Aires, keen to bolster nationalist fervour in the country, immediately put full invasion plans in place and on the morning of 2nd April 1982, a small force of commando troops landed on the Islands to be followed by a much larger amphibious force, far stronger than was needed to achieve their objective.

Despite the valiant efforts of the small force of Royal Marines troops based on the Island, the Governor ordered them to cease firing at 09.25, fearing the intense fighting would put the lives of civilians at risk. With Argentinean forces now in control of the Islands, the task of moving in more troops, supplies and heavier equipment began in earnest, as military planners and government officials awaited the British response.

They were hoping that possession of the Islands would give them a significant advantage and that a positive resolution for Argentina could be negotiated without the need for conflict, however, by the following day, they had their answer and knew what they would be facing. With the world now watching, the British Government announced that they would be sending a powerful naval Task Force to retake the Islands without delay and the South Atlantic was heading for conflict.

As the South Atlantic erupted into conflict during April 1982, the need to effectively transport and supply troops in the battle zone was brought starkly into focus. The most effective aircraft for this task during the Falkland air war was the mighty Boeing CH-47 Chinook, with both British and Argentinean forces deploying examples of these helicopters to theatre, but with all but one of the British machines destroyed during the Exocet missile attack on the Atlantic Conveyor, the ship on which they were being transported.

Once Argentinean forces had landed and secured the Islands, the two serviceable Chinooks they had available at that time were flown in to operate from Stanley Airport - AE-521 would be the harder working of the two aircraft until it was destroyed on the ground by cannon fire from a Harrier jet, whilst AE-520, the aircraft modelled here, was apparently beset with persistent engine problems and used rarely.

Following the surrender of Argentinean forces, Chinook AE-520 was discovered relatively intact on land behind the Governor's residence and was later stripped of parts and sent back to the UK. Interestingly, the RAF's famous 'Bravo November' Chinook which was the only British CH-47 to take part in the conflict, suffered damage to its port cockpit door during operational use and a replacement was fitted using one taken from the captured Argentinean machine.

Later transported to RNAY Fleetlands in Hampshire, the captured Chinook was given a UK serial number and used as a ground instructional airframe, but that was not to be the final chapter in this fascinating story. Royal Air Force Chinook HC.2 ZA704 sustained significant damage conducting a run-on landing whilst on exercise, with its rear rotors striking the ground and ripping off the aft transmission and rear rotor stack.

Rather than scrap the aircraft, it was sent to Fleetlands, where engineers repaired ZA704 using components from the captured former Argentinean Chinook AE-520. With the aircraft eventually returning to squadron service, it is fascinating to think that parts from this captured Argentinean Falklands War Chinook continued flying on two serving RAF machines long after the end of the conflict.