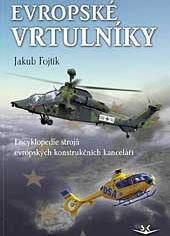 This product was added to our database on Saturday 20 july 2013.

Europe has always been a leader in the development of helicopters. In Germany, formed before the Second World War the first truly usable helicopters, while the other continents, engineers were faced with a complicated history and were very far finished machines. Also, mass production was started in Europe many years earlier than it did elsewhere. The driving force represented the work of Spanish designer Ciervo, who later worked in the UK. Although focused primarily on rotifers, his discoveries and technical solutions shifted European and world aviation helicopter on a large piece forward. The greatest credit for the development of the helicopter industry had a pre-war and wartime Germany. Heavily invested in the development of machines rotorcraft is reflected in the type Fw 61, before the Second World War impressing general audiences and technical experts throughout Europe. During the Second World War, the Germans put into operational service in several types and gradually managed to finish the helicopters in other European countries.
The end of the Second World War, of course, ended a promising development of helicopters in defeated Germany and most unrealized and unfinished projects went to the victorious powers. Existing machines have been extensively tested in the USA, Great Britain and the Soviet Union. All winning works of the German states in varying degrees drew in the construction of their own helicopters. In the development of the factory to the fore in France, Italy and Great Britain. The French company Sud Est and Ouest, later transformed into the Sud Aviation, launched a very dynamic development of many types, which came into serial services. Great Britain and Italy have also started to build various types, the complex developments, but clearly along the path of licensed production of existing U.S. helicopters. Domestic factories Agusta Westland and establish a partnership with Sikorsky and Bell. Not only the sky began to plow the licensing copies of the Bell 47, Bell 206/212/412 and Sikorsky S-51 or S-58 Sea King. France supplied the domestic market structures, which is still used by dozens of operators around the world. Among the most common types of machines can include Alouette, Gazelle, Ecureuil, Puma, Super Puma and Dauphin. Italy is in its own development focused mainly on commercially extremely successful type A-109 and Britain on military type Lynx.
If the sixties and seventies of the last century was marked by national producers, the next decade fully captures the word cooperation. Countries represented in NATO and other Western European countries have agreed to jointly develop and produce a new generation of military helicopters. Some projects finally ended in the break consortium, others, such as NH-90 or Tiger, succeeded in mass production and are produced today. Increasing globalization of commercial and industrial environments in the nineties was spared Europe. Almost all manufacturers have teamed up to large multinational companies and European market today is dominated by Agusta Westland and Eurocopter. The connection was successful and both companies are doing well in foreign markets. For example, Eurocopter delivers helicopters U.S. Army.
different development through helicopter industry in Eastern Europe. Prospective national projects in member countries of Warsaw Pact and the Council for Mutual Economic Assistance were influenced by directive in favor of collective interests. Although such Czechoslovakia had much better conditions for the development of light helicopter, this task was entrusted to the sixties Poland, which even after 30 years of the Mi-2 failed to remove the main weakness of the type - inefficient motor, and instead addressed the installation of additional and more severe equipment. Home Project W-3 Sokol was developed in collaboration with Soviet experts. But did not bring the expected result, and production ended relatively early. The exception in this scheme is Romania, which is due to looser ties with Moscow proved to agree with the French company Aerospatiale on licensed production of type SA 330 Puma. After the collapse of Eastern European economic system remained functional only company from Romania and IAR PZL from Poland. The first one used the company for repairs Eurocopter Puma helicopters, which are produced under license, PZL bought Agusta Westland and began production of some parts here. The company PZL managed to complete a light type SW-4, which is due to the company Agusta Westland chance to succeed on the market. Czech company Aero Vodochody has agreed with the American concern for the manufacture of Sikorsky helicopter fuselages for S-76. Production volume is but a fraction compared to the period before the collapse of the Eastern Bloc.
Nowadays we can find on the shelves of bookstores large number of general encyclopedias dealing with airplanes and helicopters also marginally. However, only a small part of the literature, especially college, is dedicated helicopter itself. All these books are general and include only the most basic information about the most common types and versions. The full list of European (but not American) helicopter industry never find. The first book that tries to cover the helicopters throughout their history, you hold in your hands. List version of this encyclopedia is not complete and not complete can not be. New version of European helicopters had created almost daily. However, over 300 described species and more than 1000 releases most complete inventory worldwide. The book builds on the previous title published by World of Wings called Russian helicopters - Encyclopedia of machine design offices Bratuchin, Yakovlev, Kamov, Kazan and Mil. In contrast, however, it is slightly modified in order to maintain a similar range of both titles, and all the types fit into a single volume. Of all the machines rotorcraft contains only helicopters, but not other rotorcraft (gyroplanes, gliders rotor, UAV ...). He was also given the large number of amateur helicopters given space only machines that have successfully completed at least the motor test.