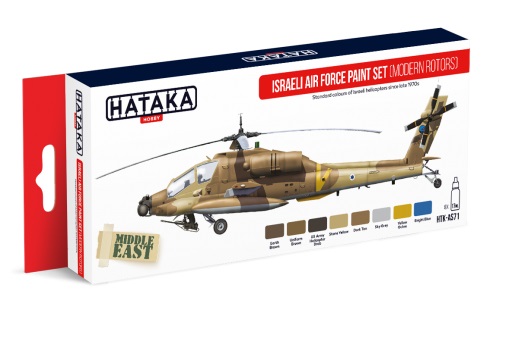 The so-called "1970's desert scheme" was used on IAF helicopters until 1979 (except for AH-1s in Olive Drab), when "Tactical Battlefield" scheme of overall FS30099 was adopted. During 1982 Lebanon War, due to identification problems, yellow "V" symbol was applied to all helicopters with any paint available (later standardized to FS33434). After the conflict, due to IAF's request, helicopters were repainted to lighter FS30145 colour. AH-64s and UH-60A/Ls initially wore original US colour (FS34031), until introduction in the early 2000s of the so-called "Tiger" camouflage scheme.