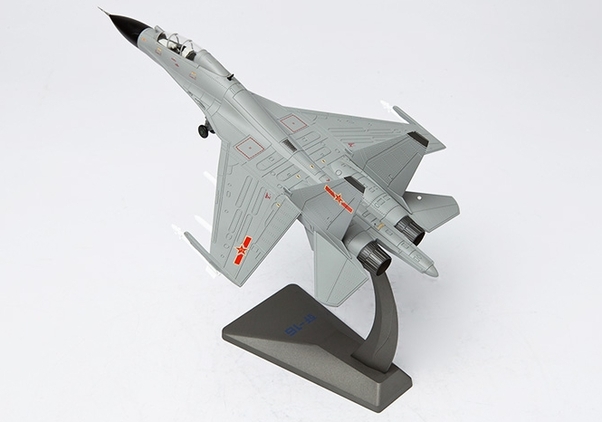 This product was added to our database on Monday 1 December 2014.

Wikipedia: The Shenyang J-16 (Chinese: ?-16) is a strike fighter[3] designed and manufactured by Shenyang Aircraft Corporation, China. This is a multi-role fighter/bomber variant based on the J-11BS with longer range and upgraded avionics, a concept similar to F-15E Strike Eagle. The first few photos of J-16 were published on Chinese internet websites around June 2012. The J-16 has a slightly different vertical stabilizer compared to J-11 fighter or J-15 naval fighter. It is also equipped with missile pylons for Chinese PL-8 air-to-air missiles, another difference compared to earlier J-11 variants.

Like the J-11BS and the J-15, the fighter features numerous enhancements such as an AESA radar from the 607th institute (the same manufacturer of the AESA found on the J-11B and J-15), composites, radar-absorbent material, missile approach warning system, WS-10 engine, electronic countermeasure upgrades, and more.[4]

According to media reports, China has developed Shenyang J-16 fighter based on the Shenyang J-11 airframe, which was copied from the Russian Sukhoi Su-30MKK that was sold to China in 2000.[5][6][7]