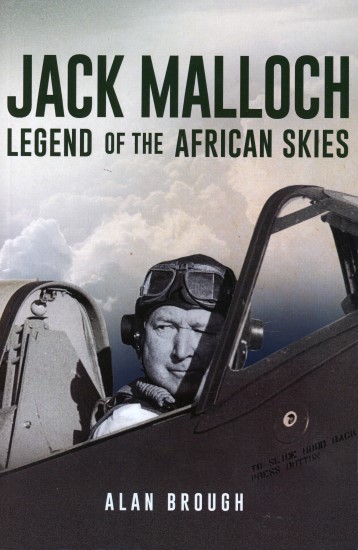 This product was added to our database on Tuesday 8 December 2020.

Jack Malloch was Rhodesia's principal pioneer in aviation. He was an aviator and entrepreneur who left his mark on Rhodesia in a number of ways. He introduced larger and longer range aircraft than anyone else and he used these aircraft to develop an airfreight business which reached into Africa and Europe during a time when Great Britain, the United Nations and others were trying to slam the door of commerce in the face of anyone from Rhodesia. In addition Jack had no hesitation about flying into the war zones of Biafra which he did in his early days in order to keep this business afloat. The story of Jack is told in the context of the years immediately following the end of the British Empire and how the Rhodesians attempted to fend off the winds of change which drew them into a Bush War of about fifteen years duration, which sadly cost more than 20,000 lives. Jack Malloch's love for aviation culminated in his being the principle driver of a major project to restore a derelict Spitfire MK22, the aircraft he had loved since his flying adventures during the Second World War and which he flew with great joy. It is sad to say that this same Spitfire was the instrument of his death. Malloch was killed in his Mk 22 on the last day of filming the documentary Pursuit of a Dream on 26 March 1982 when he flew the aircraft into a thunderstorm.