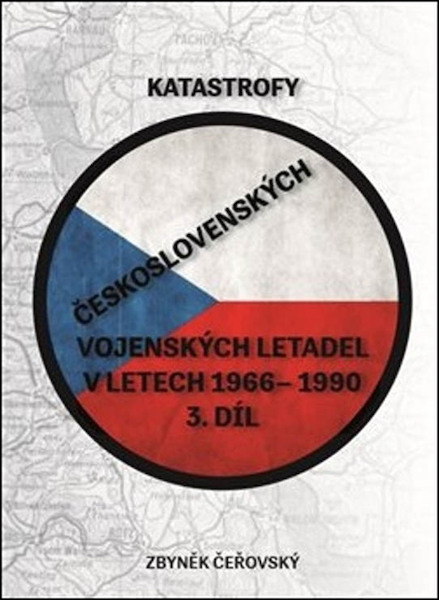 This product was added to our database on Monday 19 April 2021.

Overview of military aircraft crashes in Czecholsovakia 1966- till 1990

Every crash is described (unfortunately in czech) chronological and illustrated with, sometimes not pleasant, pictures!

The Author told us:

This book builds on the previous two parts of the air disasters of the Czechoslovak Air Force from its inception (December 1918 to December 31, 1965). I omitted the history of the Air Force of World War II, because it was elaborated in detail by many authors and extensively.
The term air disaster belonged to the group of air accidents, but it was only by order of the Chief of the General Staff that air accidents were classified into three groups. The air disaster was then an event in which a military aircraft was destroyed or irreparably damaged, and the pilot, crew, passengers or accidental persons lost their lives. And there were hundreds of these events, and not only soldiers but also civilian victims, passengers, men, women and children lost their lives. Therefore, I divided the number of these tragic events into three periods and Part 3 deals with events from 1.1.1966 to 31.12.1989.
I add that the number of air disasters in this period decreased significantly, but it was caused as a result of events after August 1968, a significant reduction in the air force, a reduction in the number of flying hours, but also an improvement in rescue equipment.
And as with the previous episodes, during my studies I came across inconsistencies, inaccuracies, errors in dating events and names, I followed the publication of data documentation from the Central Military Archive in Prague, Bratislava and the archives of the Ministry of Interior I had my doubts, I made my point clear.
I hope that readers who become acquainted with this tragic history of the Czechoslovak Air Force will correct their possible, correct and incorrect views on the activities of the Air Force in this long and tragic period of our history.