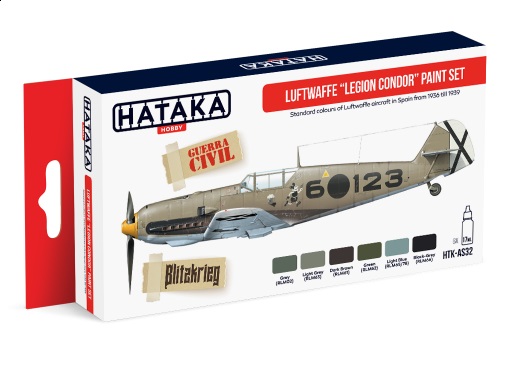 From July 1936 till March 1939 Luftwaffe detachment “Legion Condor” took active part in the war in Spain supporting General Franco's nationalist forces. Most of Legion's planes wore standard Luftwaffe colours of that time – firstly RLM 63 (or RLM 02) overall, later replaced by standard RLM 61, 62 and 63 over 65 pattern. Camouflage of Bf 109s of B, C, D and E versions delivered from late 1937 has been widely discussed in literature in the recent years and no consensus has been reached whether RLM 62 or 63 was used for their upper surfaces.