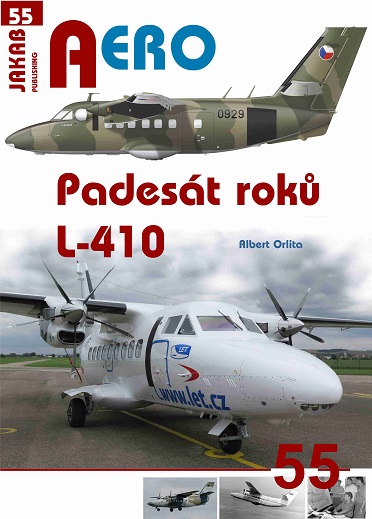 This product was added to our database on Saturday 13 April 2019.

Fifty years ago, the first prototype of the small L-410 airliner took off. LET n.p. Thus, Kunovice entered the imaginary "club" of small transport aircraft manufacturers.
In general, little is known that in the 1960s L-200 aircraft in the USSR flew on regular local routes and Aeroflot needed a faster, larger capacity aircraft to replace the Antonov An-2 biplanes. That is why the L-410 was also planned to operate on unpaved surfaces (as it is said in Russia, "on the ground").
The imaginary "first line on the drawing board" of the L-410 program was made sometime in the mid-1960s. Construction work started under the leadership of Ing. Ladislav Smr?ka. Indeed, the timeless lines of "four hundreds" come mostly from the pen Ing. Ji?ķ Janķk, a talented designer. The publication maps the origin and production of this famous Czechoslovak aircraft from the beginning to the present, when we commemorate 50 years since the first launch of the L-410.

Many interesting pictures as well as detailshots and technical drawings.