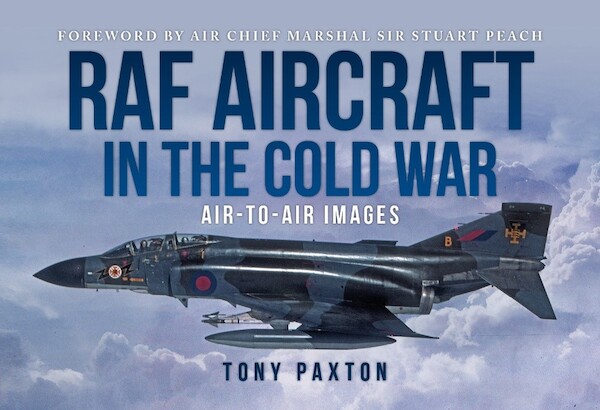 This product was added to our database on Sunday 1 November 2020.

A unique illustrated look at the Cold War planes of the RAF as seen from the cockpit.

The Cold War saw the once-allies of World War II pitted against each other in a power play that was to last more than three decades. With Russia and her Warsaw Pact allies in the East and the UK and US and their NATO allies in the West, both sides were in constant readiness to fend off an attack from opposing forces. Though the feared attacks never came, the decades saw tension and posturing on both sides until the war finally ended in 1989 with the fall of the Berlin Wall.

This striking photographic collection looks at the large variety of RAF aircraft involved in the Cold War. These included defenders such as Lightnings and Phantoms, which were often held ready to fly within 5 or 10 minutes of an alert, attack aircraft such as Buccaneers, Jaguars and Harriers, based in Germany, Nimrods for maritime surveillance and anti-submarine action, and Tristars and VC10s for refuelling. As the war progressed, some types of plane would be replaced by other, more advanced machines: The iconic Vulcan was eventually replaced by the Tornado GR1 in the UK, the Tornado F3 took over air UK defence role from the Lightning and TWU Hawks were introduced as part of the Mixed Fighter Force. This book brings these iconic planes to life with stunning photography displaying them in all their glory flying through the skies of a world divided by an iron curtain.