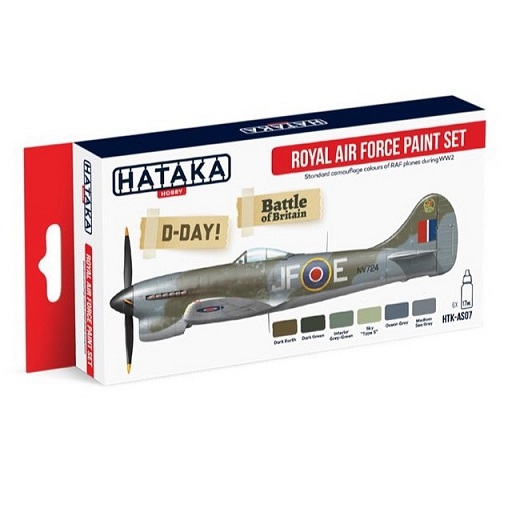 RAF planes entered WW2 wearing a "Temperate Land Scheme" of Dark Green and Dark Earth (thus colloquially known as "Sand & Spinach" pattern) over Black and White bottom. After May 1940 undersides of all fighters (and later also fighter-bombers) were repainted to Sky "Type S". After the Battle of Britain, from September 1941 onwards, a scheme more appropriate for offensive patrols over continental Europe was introduced to Fighter Command aircraft - Dark Earth was replaced by Ocean Grey and Sky "Type S" with Medium Sea Grey.