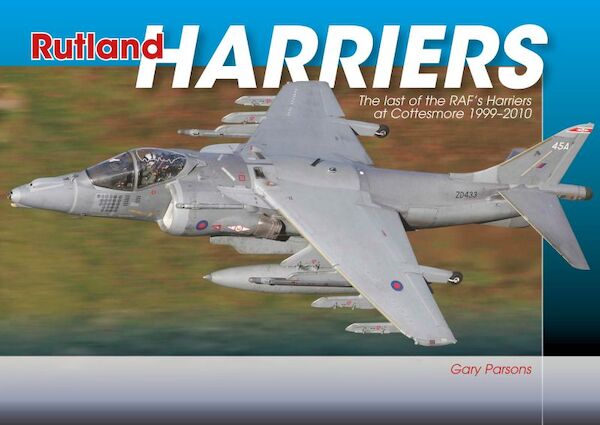 This product was added to our database on Saturday 12 September 2020.

Published with the co-operation of Gary Parsons. Gary originally self-published this book in small numbers but graciously allowed us to revamp it and market it to a larger audience - hopefully!!

The financial crash of 2008 was the root cause of the Harrier's demise – the most capable jet in the RAF at that time, its only downfall being there weren't enough of them.

If you take the cold fact that it was either Harrier or Tornado that had to be cut to ease the financial burden on the Ministry of Defence, then Harrier was the logical choice as the force had been slimmed to a point where sustained operations overseas had become impossible. Had the axe not fallen, it is quite possible that Harrier would still be in service today.

This book takes a look at the service of Cottesmore's Harriers and explains the end of days. The story includes the squadrons, the operations, exercises and carrier operations, as well as combat. The Harriers that served at the airfield are highlighted, each with a full-page portrait and a brief history.