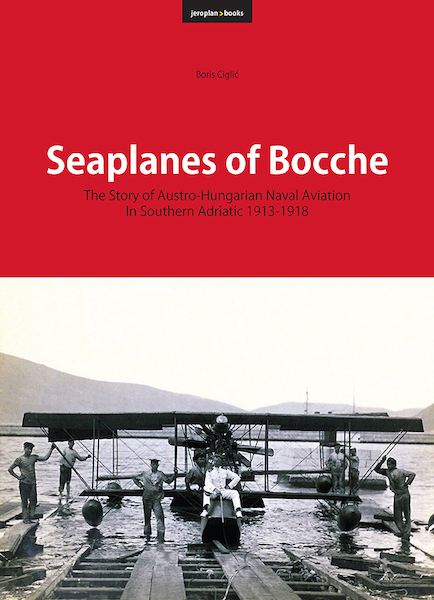 Seaplanes of Bocche, the story of Austro-Hungarian Naval Aviation in the Southern Adriatic 1913- 1918

This product was added to our database on Thursday 11 September 2014.

Bocche di Cattaro, the isolated, heavenly corner of the Austro-
Hungarian Monarchy, was the most important naval base of the Central
Powers in the Mediterranean during the Great War. Along the mighty
dreadnoughts, battle cruisers and U-boats, it housed a new breed of
weapon – the seaplane. Beginning from a shed in Teodo, then an olive
grove in the tiny village of Kumbor and later, out of a solid and
well-equipped base and forward flying stations in Durazzo and Gravosa,
Austro-Hungarian naval airmen played a major role in the conflict of
unprecedented proportions in human history. This book tells the
forgotten story of their hardships, sacrifices, friendship and
successes, from a modest start over frightening Montenegrin mountains,
over daily actions against Entente forces in the Southern Adriatic,
until the bitter end of the once mighty Empire, and resurrection of
its former naval air arm within the new South Slavic Kingdom. It is
drawn on archival sources, as well as privately-owned documents from
Serbia, Austria, Croatia, Italy, Czech Republic, Hungary, United
States, France, Germany, Slovenia, Montenegro and United Kingdom, and
contains many previously unknown or long unplaced facts, 33 aircraft
profiles and 189 authentic photographs from the epoch, most of which
are published here for the first time.