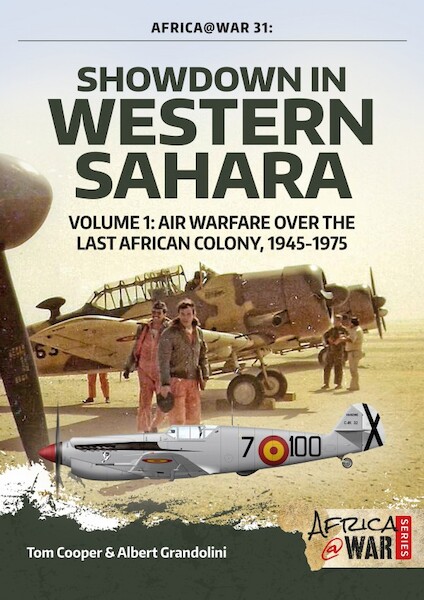 The former colony of Spanish Sahara saw frequent outbursts of tribal and ethnic rebellions already while ruled by colonial authorities, in the late 19th and through early 20th Century. Its vastness and distances de-facto dictated the application of air power in response. While most of these attracted next to no attention in English-language media, at least the large-scale operations of the Spanish colonial authorities of the late 1950s became notable for the final combat deployment of the famous Messerschmitt Bf.109.

Narby, their common history as former French colonies resulted in a short war between Algeria and Morocco, which in turn prompted an arms race that lasted well into the 1980s.

Following much more action than was ever reported in the media, and amid growing resistance from natives and increasing international pressure, Spain withdrew from Spanish Sahara in 1975, indirectly opening a new chapter of this part of the world, which is going to be covered in Volume 2.

Warfare in Western Sahara has in many ways become exemplary for modern-day counter-insurgency efforts in Africa and elsewhere. This is so in regards of this conflict being mis-declared as a part of some larger, external conflict – like the Cold War – in regards of the concept of an insurgency applying motorized forces to deliver often spectacular 'hit-and-run' attacks; and in regards of a conventional military reacting with a combination of earth berms and air power.

Illustrated by over 100 photographs, dozen of maps and 15 colour profiles, Showdown in Western Sahara, Volume 1 offers a fascinating study of the military aspects of this conflict, warfare strategies, tactics and experiences with different weapons systems.