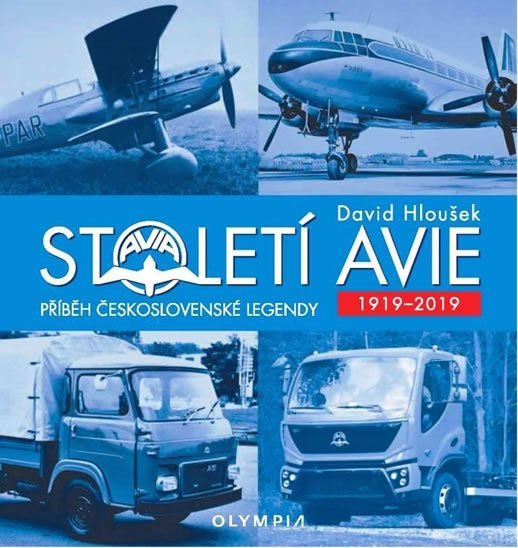 This product was added to our database on Friday 31 july 2020.

Last year, we commemorated, among other things, a hundred years since the founding of the well-known company Avia. This originally aviation factory, founded in 1919 by Václav Malý and Pavel Beneš, has invested its main subject of business not only in the name, but also in the winged logo from the very beginning.

Despite various vicissitudes in the last three decades, the name and logo are still alive, only the company has not produced any aircraft for sixty years and its production has been, and still is, focused on trucks. On 368 pages of a book of almost square format (215 x 220 mm), David Hloušek managed to process the rich history of the company very nicely, concisely and, above all, legibly.

This is a cross-section that allows the average reader interested in learning something about the famous company to learn about the diverse production of aircraft and cars over a hundred years. For this reason, the author could not go too deep for the individual types, because then the publication would have to be many times larger and many of the products would rightly deserve a separate title.

Although Avia is still an aircraft factory in our minds, in fact most of its history has been devoted to the production of trucks, and the scope of the book, which describes various versions of Avia, including prototypes and racing formulas, corresponds to this. The author not only focused on important products, but also on the life of the company, its beginnings, development in the 1930s and great expansion during the Protectorate.