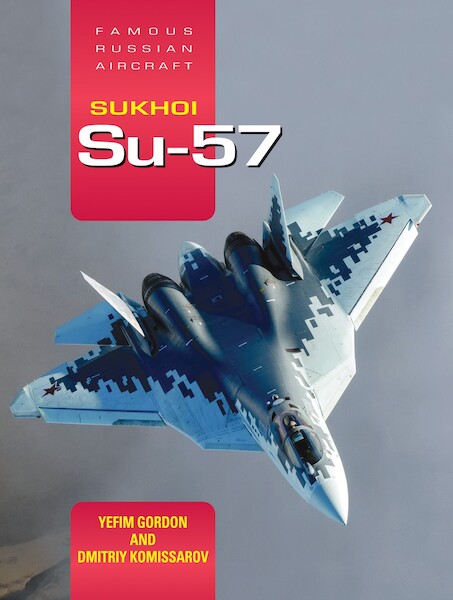 Share this product
Also in this series:
9781910809938Crecy BooksBooks on aviation
Product description

In 2002 the Russian government kicked off a new programme under which Sukhoi began development of what was then known as PAK FA (Future Tactical Aviation Aircraft System). Known in house as the T-50, this aircraft strongly resembled the American F-22 Raptor in overall appearance. The first prototype took to the air on 29 January 2010 and in 2017 the fighter was allocated the service designation Su-57. In 2018 the aircraft had its combat debut when four of the prototypes were briefly deployed to Syria during the Russian campaign against the IS terror network in that country. Production was officially launched in May 2019, with the Russian Air Force having 70-plus on order.

The book charts the development and trials history of the 1.44, Su-47 and Su-57, as well as other project versions that did not make it to the hardware stage. It is illustrated with numerous previously unpublished photos and drawings.