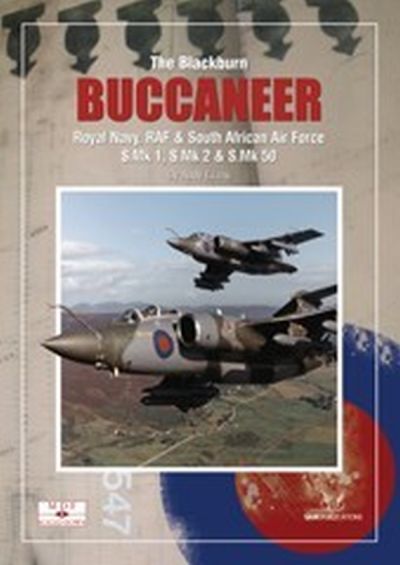 This product was added to our database on Monday 29 May 2017.

Built by Blackburn at Brough, the Buccaneer epitomises the very essence of the fast, low-level ground attack concept, coupled with an inherently stable ride. The Buccaneer was designed in the late 1950's as a low-level, long range, high speed, strike/attack/recce aircraft for carrier operations. It was produced in two main variants, the S.1 and the much improved and more powerful S.2, serving with both the Royal Navy and later the RAF from 1965 to 1994. Having enjoyed a successful, albeit relatively uneventful, career with the Royal Navy, the Buccaneer realised its true potential with the RAF and South African Air Force where it soon proved itself to be an immensely strong, manoeuvrable and reliable aircraft with a better speed, range and weapons carrying capability than many others. This was borne out during the many NATO exercises but came to public attention during Operation 'Granby' in the Gulf War. Here twelve Buccaneers were dispatched at three days notice, initially to laser designate targets for Tornado bombers, and later in the campaign, they acted as both Tornado designators and bombers in their own right whilst carrying out missions dropping their own 1000lb LGB's. In total the type flew 216 Gulf sorties, destroying numerous bridges, aircraft shelters, runways, command bunkers, ammunition stores and even other aircraft. The Buccaneer was prematurely withdrawn from service in 1994 as a result of arms reduction talks and the subsequent rationalisation of RAF assets, being replaced in the maritime strike role by more modern Tornado IDS aircraft. This new MDF Scaled Down from SAM Publications takes you into the heart of the Buccaneer, as we go faster, lower, longer!