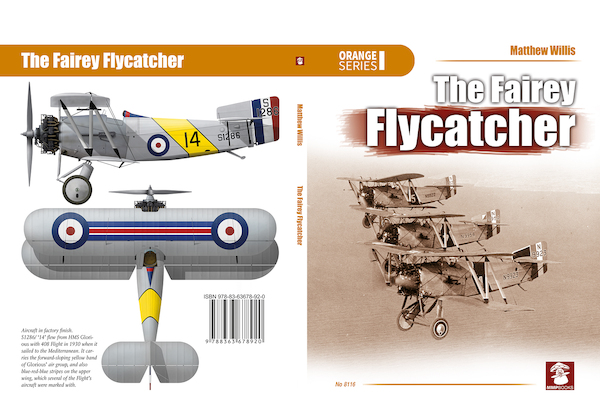 The Fairey Flycatcher was the archetypal between-the-wars Fleet Air Arm fighter. The idiosyncratic biplane was loved by crews and public alike, despite its unlikely appearance and moderate performance, and it was famed more for its aerobatic prowess and public demonstrations than glory on the field of battle. The Flycatcher was agile yet forgiving, tough, reliable, and fully aerobatic, and, bedecked in a dazzling range of bright, colourful markings, was the perfect mount for expressing the youthful high spirits of naval pilots in the 1920s and 30s.

The Flycatcher was never engaged in a war, though it played a significant role in 'colonial policing' of trouble spots in the British Empire, and served the Royal Navy doing everything from tackling pirates off the Chinese coast to entertaining crowds at Schneider Trophy events with aerobatic displays.

This book is the most comprehensive on the Flycatcher yet published, with numerous photographs of the aircraft in service, several of which have never been published before, walkaround photographs of the replica built by John Fairey, illustrations from contemporary manuals, and colour artwork.