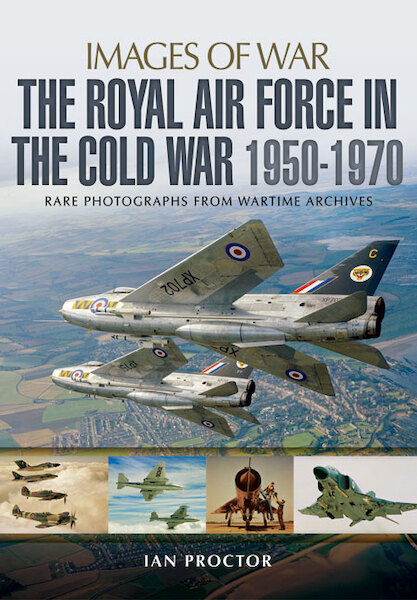 This product was added to our database on Wednesday 1 March 2017.

Share this product
Also in this series:
9781783831890Pen & SwordBooks on aviation
Product description

Soon after the Second world War, wartime allies became Cold War adversaries, and by 1950 the perceived threat of a Soviet strike on Western Europe or Britain dominated military planning. For the next forty years, the Royal Air Force was in the front-line of the Cold War. In Britain and Germany, light bomber crews exercised in preparation for a future conflict, while interceptor pilots stood by ready to counter incursions by Soviet aircraft. Between 1956 and 1969, the elite crews of the iconic V-Force of nuclear bombers trained to perform the ultimate mission, striking targets deep in the heart of Russia. Protecting British interests overseas, personnel at stations across the Middle East and Far East were regularly engaged in supporting operations during the many colonial conflicts which occurred throughout the 1950s and 1960s.

Undertaking these duties were new British-designed aircraft introduced to squadrons from the early-1950s. The names of these extraordinary aircraft, which included the Hunter, Lightning, Vulcan and Canberra, became synonymous with the Cold War.

In this book, Ian Proctor uses over 150 highly evocative colour images from a single remarkable Air Ministry collection to portray the RAF and its personnel between 1950 and 1970. He provides a selected insight into service life, the aircraft, recruitment and training, and the operations and exercises undertaken by the RAF during a twenty year period of the Cold War.