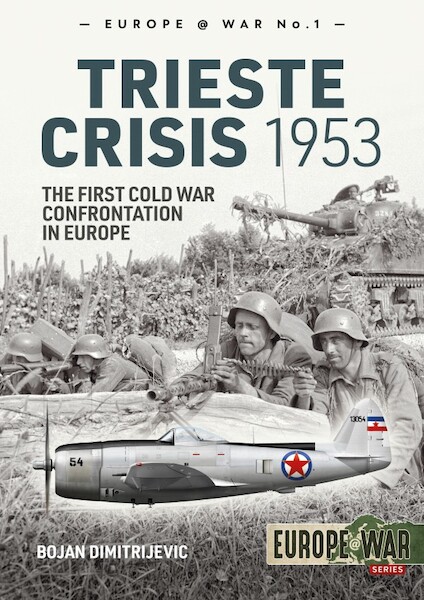 The city of Trieste stands as a symbol of the Italian-Yugoslav border dispute in the first decade after the Second World War. The problem included a much larger territory which covers the wider area of Trieste: ranging from the Julian Alps in the north to the base of the Istrian peninsula in the south; in the area where the Italians meet the South Slavs. Moreover, after the Second World War it was an area of confrontation for two ideologies: western democracy and communism. It was the place where the Iron Curtain lay between the two worlds for many decades of the Cold War.

Often discussed from the socio-economic point of view, military aspects of the Trieste Crisis remain remarkably under-reported – and not only in the English language. One of the primary reasons is the relative unavailability of relevant Italian and Yugoslav documentation, but also the general focus on political and ethnic issues instead.

The Trieste Crisis focusses on military-related affairs in this part of the world from the 'race to Trieste' of May 1945 until the creation of the Free Territory of Trieste and the culmination of tensions between Italy and former Yugoslavia, in October 1953. By the later date, the crisis had reached a point where it resulted in the largest deployment of military forces from both countries. Correspondingly, this work provides a detailed account of the Allied, Italian and Yugoslav military presence in the area befor, and their build-up during this near-war. >Paying special attention to the description of the troops involved, their armament and equipment, the heavy weaponry deployed, and aerial and naval forces, The Trieste Crisis is illustrated by more than 150 photographs – most of them never published before – colour profiles and maps, and thus closing a gap in the history of the early Cold War in Europe of the mid-20th Century.