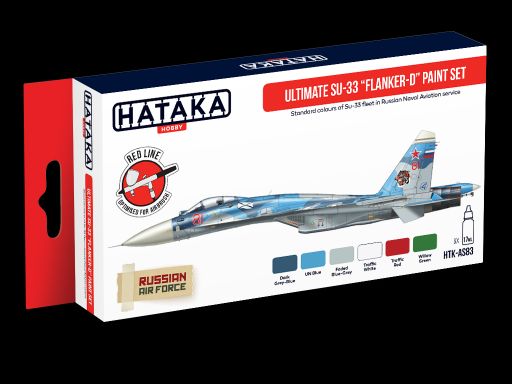 This product was added to our database on Thursday 27 july 2017.

The Sukhoi Su-33 Flanker-D (originally known as the Su-27K) is an airborne twin-engine fighter aircraft belonging to the Su-27 Flanker family. Designed since 1978 as part of the strengthening of the Soviet Fleet. The first prototypes were created in 1986/87. Su-27K was flown by - Wiktor Pugachev - in August 1987 at the NITKA research center in Crimea. Flanker-D has been in service with the Russian Flying Aviation since the mid-1990s, officially since 1998 as the Su-33. Due to the end of the Cold War, only 24 or 26 of these aircraft are in service.